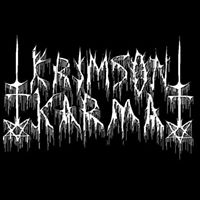 Take us through the writing process.
- the process can be several options for us, example we come up with new
music just by rehearsing, another would be all based on how we feel.

Does everyone contribute?
Yes

What are your rehearsals like?
-Our rehearsals are amazing, we tend to make new music before and after
practice.

In your ears, what makes a perfect song?
-A perfect song is like a good beer all the ingredients balance perfectly.


What key elements does it have to have?
-Solid Structure, Dynamic transitions, Hypnotic Melodies, Precise timing, cold
frigid and dark atmospheres.

Any subject matter you would not write about?
-Mainstream culture, Media control, anything that mainstream wants you to be
indoctrinated to.

Do you feel politics is something artists should weigh in on?
-Yes

Something in your personal music collection that fans would never suspect?
-Mortis, David Allan Coe, Little Anthony and the Imperials, Mandy Harvey, Adam
in the ants, Enya, Johnny Cash

Band you would love to tour with?
-Dimmu Borgir, Dissection, Marduk, Lamb of God, Lord Belial and many more

How do you feel about social media and its impact on the music business?
-Social media is a double edged sword. For fan perspective it leads them to find
and link to almost anything they can imagine, For Musicians it’s too politically
indoctrinated and controlled.

What has been the most challenging aspect of being a musician?
-Getting Started

What got you first involved in music?
-Guitar player David Brown: Father, Mother, Cousin.
Drummer Devin Tenski: Seeing bands having a successful career doing what
they love.
Vocals Jarrod Pike: Uncle
Keyboard Player David Vosburg: tired of people asking if he was in a band and if
he played.

Strangest thing that ever happened at a gig?
-Seeing 4-5 guys in front row wearing bandanas and wearing machette’s around
their waist. Waiting for sound guy to show and turns out he was arrested for
handling drugs on the way to show. and last but not the least of strangest things,
our vocalist once forgot to hit the correct pedal for vocal change and found the
chipmunk voice on a 5 minutes alone cover.

Anything you want to say to the fans?
-Thanks for the support, stay brutal, don’t forget where you come from, stay true
to your roots, be yourself and don't let the media brainwash you, your own mind
and thought are very powerful cheers!