Showing posts from April, 2018
Show all

LORDS OF BLACK---ICONS OF THE NEW DAYS 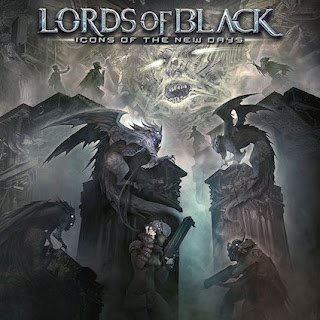 LORDS OF BLACK are a force to be reckoned with. The incredible dio-esque articulation of vocalist Ronnie Romero cannot be understated. His sonic prowess is perfectly captured on their latest offering, ICONS OF THE NEW DAYS. This album grabs you by the throat and doesn't let go. From start to finish every song is a master class in audio brilliance. Hard rock and metal intertwine around Romero's powerhouse voice and the shredding mastery of guitarist Tony Hernando. Songs like "World Gone Mad", "When A Hero Falls", and "The Edge Of Darkness", are highlights from this incredibly rich sounding release.
This is a must have for any fan of hard rock/heavy metal! 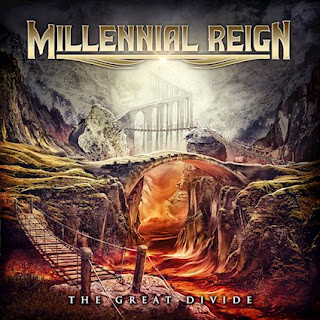 Recently U.S. based power metal has seen a  resurgence. And while the genre is by no means dominating the airwaves, bands like MILLENIAL REIGN are contenders to change all of that. This band has some definite QUEENSRYCHE, and METAL CHURCH influences. From the opening Epic sound scape of "The Genesis" to the keyboard infused sonic tapestry of the closing title track, "The Great Divide" this is one album you cannot afford not to have in your collection. Monumental tracks to metal days gone by with a definite look to the future. MILLENNIAL REIGN are on track to become members of an elite power metal hierarchy. A new metal dawn is beginning and this band is at the forefront of that movement.

Another hard rock gem from the unrelenting Frontiers records label. This time it is VEGA, a Melodic hard rock band hailing from the UK. "Only Human" is the bands 5th studio album. The most immediate impression is that VEGA is hands down one of the best sounding bands I've heard so far this year. Melodic hard rock, with a dash of modern aor, mixed with radio friendly vocals. This band, VEGA, is the best of all possible hard rock worlds. At times the vocals remind a little bit of the late great Ronnie James Dio.(Yes he's that good).Guitar shredding abounds but contained within a tasteful melodic approach. Check out the lead on "Mess You Made." This album rocks from start top finish. I can hear some serious DEF LEPPARD and maybe even a BON JOVI influence.Especially on "come Back Again". and " Standing Still"

An interview with FAIRIES DEATH WALTZ 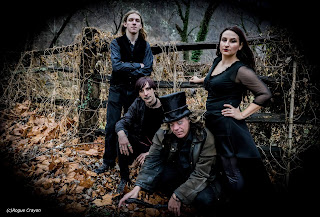 An interview with FAIRIES DEATH WALTZ Operatic Gothic Metal
Give us a brief history of the band.    After far too much coffee and YouTube, Jeff decided to combine two of his favorite musical styles, Opera and Metal. In the spring of 2017, he was joined by Mary, and the duo with the aid of temporary members proceeded to play and record "In the Mourning". Upon finding Tony and Nolan, the permanent lineup was completed in October 2017.

Describe your live show    Loud, different, theatrical. Our fans know that Mary may be tied up at one point in the show, or even fully suspended by ropes, or may be harassing and whipping the audience.
The writing process of "In the Mourning"    The songs, with the exception of "Your Ophelia", were written by Jeff during the fall of 2016. Generally, he composes as a whole, meaning the rhythms and melody are created at the same moment, usually scratched out in sheet music, with the words coming after. "Your Ophelia" is …
Post a Comment
Read more

Our official web site is now up
and running. Take a second and
check it out.