Showing posts from November, 2017
Show all

“I told the guys, look, this could be our pyromania, but the next one has to be our Hysteria" Interview with Gabriele J. Palermo from tragedian 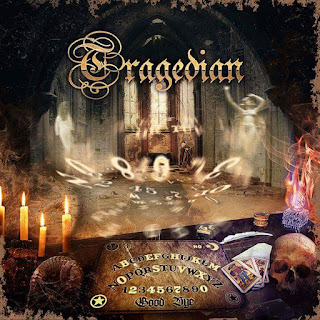 “I told the guys, look, this could be our pyromania, but the next one has to be our Hysteria"
With almost the entire band now entrenched in Germany ,tragedian is setting its sights on world domination. The release of their third album is upon us. The production and over all feel of this album is unparalleled. It is a nonstop power metal masterpiece.  I talked with Palermo about his plans, the album, and life in one of Germany's upcoming metal acts.

What was your mind set going into this recording?
“I told the guys, look this could be our pyromania, but the next one has to be our Hysteria. Except we can’t take five years for the next one. Originally it was supposed to be a concept album but we came up with only three songs for a subject. Not enough for a full concept. I said to Alex, let’s make a horror movie translated into music. Which is what we did.  Each song is a story.” 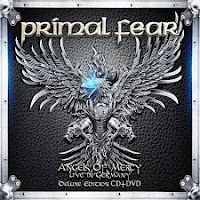 PRIMAL FEAR is one of those metal bands that never fails to deliver.
So I was a little wary of the live album format. Often bands will forge ahead and release a few key performances. Most times the sessions fall flat of the studio releases. Some bands just cannot capture that energy in a bottle from a live show.


PRIMAL FEAR is not one of those bands. They are consistent and in some cases even better on the live stage than the recordings.

Hands down this is one powerful live band. The energy, the emotion, the crowd participation, it is all here in the latest release from PRIMAL FEAR. You will feel like you have a front row seat to all the metal mayhem and atmosphere of a perfect metal performance.The production value is unmatched.


This is one live album that lives up to all its expectations.Pickup, “ANGELS OF MERCY – LIVE IN GERMANY” out now.

The new PRIMAL FEAR Live album  is out worldwide! The formats available are CD, DVD & BluRay, a…
Post a Comment
Read more 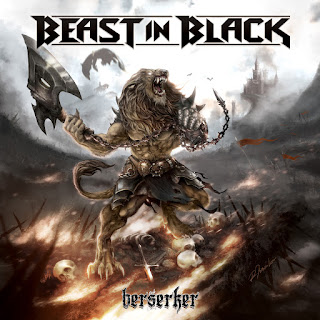 Beast In Black
This is a band that offers you a perfect power metal album. The sound is a sonic picasso of indulgent riffs and screams. This album is full of a master class in perfect power metal. The strength of this band is unmatched. Their lyrics are straight through the heart and the production value is spot on.

Here is a band that you will need to watch for 2018. They are about to make a huge impact on the metal scene. From the epic "Blind And Frozen" to the juggernaught that is "Beast In Black" every song on this album is simply perfect. This si the metal band of the future. You will get this album. You must get this album.
10/10 Wolf Howls Cry Of the Wolf Magazine

Down 'N' Outz My Re-Generation


A fantastic ride into the music Of Mott The Hoople for a whole new generation of rock and roll fans. Joe Elliott sounds incredibly inspired on this release. You can feel his energetic enthusiasm as a fan of and a performer. This is a fun, non stop rock and roll classic masterpiece.
10/10 Wolf Howls