Cry Of The Wolf Interview with Geoff Tate of Operation: Mindcrime, (Queensryche)

- December 12, 2017
Cry Of The Wolf Interview with Geoff Tate of Operation: Mindcrime, (Queensryche) Geoff Tate has released the final album for his Operation: Mindcrime trilogy, A New Reality. I spoke with him about the current album, touring, Missing keyboard players, and the general state of the music business.

Thanks for taking the time to do this. Take us through the writing process.

Well for this particular project it was the story followed by the music. I wrote this several years ago while hiking in Spain. Came w=up with quite a few musical outlines and it grew from there. There is no set way. Sometimes it’s a word or a figure that starts it all off. Or just a short idea that you have. You try to write a song that describes how you feel at the moment. Turns into a song 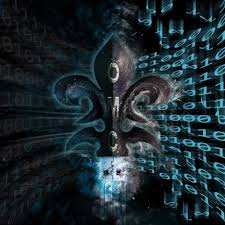 Do you take the ideas and take it to the band or is all done via file sharing?

For this project we brought them in and we sat in one place for a few weeks and recorded. It was a matter of playing a piece of what I had started and then saying let's take it a bit further. Try to get people to express themselves within the framework of what is written. I like to have albums that paint a picture. Create a sound environment to work in.

I start in January in Dublin. I will be in Europe until April, take a break and then begin the North American tour in September
Culturally there are differences in audiences it used to be more dramatic. But the age we live in there are less differences. We like to take them on a little journey. 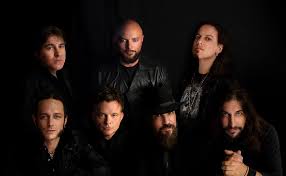 Do  you have a regimen you go through on the road to stay in shape vocally?

Yeah. I try not to drink so much. Live a moderate lifestyle so you can make it to the next show. You're constantly on the move and exposed to different people. Try to keep your immune system strong.

Security concerns on the road?

Really the only country that I ever had trouble as far as security was the United States. But I don't see anything different. I try to live in my own world. I think it is a fascinating time to be alive right now. We are communicating and witnessing things that happen around the world which we never could before. You can comment on situations that occur across the world daily. Used to take a longer time. The pace of communication has increased. We are living in real time worldwide. We are also, especially in America, looking at ourselves reflectively. Analyzing how we stack up to other countries. Why do the few get so many benefits and many don’t. Why do we have to pay property tax on property we own?  And where does our money go? It's certainly not on the roads of the infrastructure. Everything is falling apart. There is a good reason why our speed limits are so low. Our roads cannot handle the cars we have designed. Cars are amazing now but the roads are engineered very badly. I think it's a reckoning. We are questioning if what came before was actually a good idea. It's important that we all become part of the discussion. When you speak in anger people shut down. Future plans for you?

Tour, tour, tour. No plans for a DVD. There is a new song that I wrote for charity. I'm donating all the proceeds to mercy watch. They work with drug addiction.

I have to ask about Queensryche. Does it frustrate you when you are asked about a reunion?

No I don't get frustrated a t all. It's human nature. I get asked that all the time.

When you first started with Queensryche. Did you imagine that it would go as far as it did?

I don't think anyone can ever guess how far something like a band will go. Especially something as volatile as a band. We really did a lot of stuff. Very productive. Spent 30 years making music together. That is a darn good run. I'm sad that it ended the way that it did. Too bad it could not have been handled better. It ran its course. I don't miss it. But I would never say no to a reunion. But I don't see it as likely. 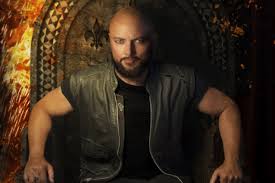 As an early fan of Queensryche, what does "NM 156" stand for?

It is the model number for the computer based life form.

What is one of the craziest things that has ever happened to you on tour?

It's all crazy. You know when you travel the world as a rock band. Traveling through borders and check points you’re a little group in a traveling box. Some people like it, other people can't. You never know who is going to crack. You have to keep an eye on everyone. We have actually lost people on the road. A keyboard player with us. Went through customs and never returned. Who knows? To this day I don't. Never saw him again.

Probably. I'm guessing. It's odd that we never heard from him again.

“The New Reality” is the third and final chapter in the musical trilogy from iconic metal vocalist Geoff Tate. Following a little over one year after the release of the second chapter, “Resurrection”, in 2016 and about two years after the first chapter, “The Key”, Operation: Mindcrime is a creative platform that continues in the spirit of the historic album of the same name, spawning concepts as grand as the music, and intertwining the intensity of the former Queensryche vocalist's iconic past with the provocative, progressive mindset that has made him one of music's most resolute forces and frontmen. Joined by a cast of musicians, Kelly Gray, John Moyer, Simon Wright, Scott Mercado, Scott Moughton, Brian Tichy, & Mike Ferguson, whose talent and resumes speak volumes for the quality of musicianship that will be on display here, “The New Reality” is a another fine progressive rock/metal entry from Tate.

Geoff Tate sold more than 25 million records at the helm of Queensryche, the band he fronted for 30 years from their inception through 2012, earning three Grammy nominations, five MTV Music Video Award nomimations, and one MTV Music Video Award along the way. The landmark concept album Operation: Mindcrime thrust Tate's unique social consciousness, style and expertly crafted lyrics into the national spotlight in 1988, and was followed by Empire in 1990, the album that delivered Queensryche to arena-headlining status and sold more than 3 million albums on the back of hit singles and radio staples, "Silent Lucidity" and "Jet City Woman." By the time the band released Promised Land in 1994, Geoff Tate was universally acknowledged as one of the greatest frontmen in rock and metal, and a driving force behind one of the most innovative bands in mainstream music. From Operation: Mindcrime and Promised Land through 2009's overlooked gem American Soldier - Tate's ambitious concept album that explores the consequences of war as told through the voices of veterans - Tate's 13 album tenure with Queensryche was marked by exploration, intrigue, bold risks and gratifying results. “The New Reality” carries on that musically adventurous tradition.

A Head Long Jump
Wake Me Up
It Was Always You
The Fear
Under Control
The New Reality
My Eyes
A Guitar In Church?
All For What?
The Wave
Tidal Change
The Same Old Story