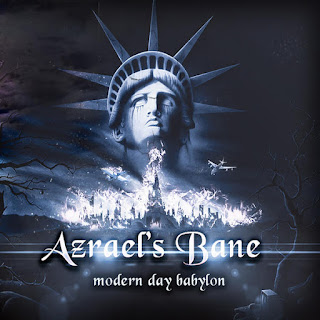 Azrael's Bane is a powerhouse metal band that approaches their craft with a fire and passion that is second to none. Talking to vocalist, Trey Gadler was a refreshing confirmation of why every musician must ultimately love what they do. Within an industry gutted by downloading and social media overload, Azrael Bane exists simply for the love of metal. Gadler explains it best when he says,

"It's not 1989 anymore."
"There is zero financial incentive. It's like an expensive hobby. But for us it's not a job. It is a passion." 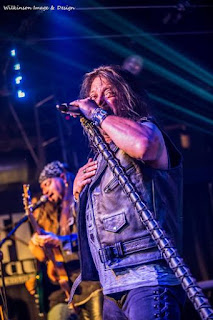 On the subject of social medias impact.

"Downloading sucks. But the social media things allows you to connect instantly. It's cool. Keeps you motivated. I think it's a good thing. Gets you in touch. Of course it's a good way to promote. But it can get saturated.

If Azrael's Bane could play any festival in the world where would it be?

Wakken. Anywhere in Europe but definitely Wakken. We played Rocklahoma when they had that tornado come through. We had already played and where back at the hotel when our phones started to light up. People checking to see if we were ok." 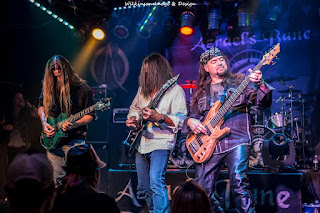 Gadler says he was influenced by vocalists like Geoff Tate and Dio amongst others.

" I really like Evergey, even though we are not a prog band, I like the lower range vocals on their tunes. Most prog is higher end but this works for them."

On the subject of Craziest thing they ever experienced at a gig Gadler explains.

" We did a gig in 2005 in Mexico. It was a festival pre gig at a club. Sold out with about 800 people there. The stage itself was about 8 feet off the ground. So we are playing the set and I'm reaching down giving high fives. And this kid grabs my hand and I lose my balance. I was going down head first when at the last second my bass player grabs me by the hair and pulls me back. I'm sure I would have broken my neck in that fall." 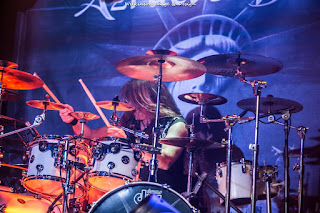 This is the crux of the modern day metal band. The unwritten code of metal brotherhood that exists between musicians in a band. The members become like family. Gadler says they are all,

"good friends". Been playing with Clifton for a long time."

It shows in their music. This is artistry on a superior level, being created out of a love of heavy metal. It's not a 9-5 gig. You will not find a more dedicated metal act. And the music is a testament to their dedication. This is pure metal power at its finest hour.