CRY OF THE WOLF Interview with Nathan James of INGLORIOUS

CRY OF THE WOLF
Interview with Nathan James of INGLORIOUS 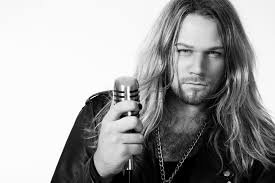 Inglorious are one of the crown jewels at the Frontiers Record Label. This hard rocking band produces a modern rock sound, peppered with a 70's soulful vibrancy. Nathan James has the vocal prowess of any vocalist from your favorite hard rock bands. This band has now released their second album, Inglorious 2. We talked at length about fame, hard work and a surprise delay caused by none other than Justin Beiber himself. But the first question I had to ask: How they achieved such sonic mastery.

"The album was recorded in mostly one take, almost to the point of a live recording. This enables the band to capture the live "feel" of the band. The vocals were recorded afterwards. Bands don't seem to practice songs as much as they did. We got in a room and wrote ideas out on acoustics. "

How many songs did you create?

When asked how he feels about the influence of social media on the industry. Nathan was honest and direct. Pointing out that you have to embrace it.

"It's great. You can tweet to David Coverdale, and he can really see it. And it's free" 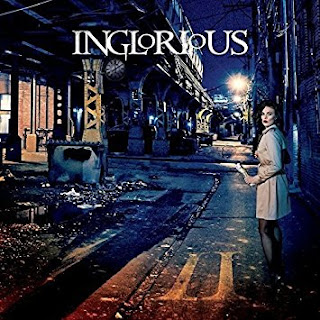 When asked about his favorite bands growing up Nathan listed Toto, Foreigner, Journey, Heart, And Deep Purple. On the subject of Deep Purple, one of his favorite memories backstage was hanging in the green room with the members of deep purple.

Regarding the craziest thing that ever happened to him onstage, Nathan is reminded of performing at wakken with Trans Siberian Orchestra. He had just had his wrists tattooed and they were both bandaged.

"Well it started to rain. And next thing you know we look at the jumbo screen and there is all this blood flowing from my wrists and all over my shirt. The rain had loosened the bandages so they both had fallen off.”

Another incident saw the band having to wait to get into a studio. While they wait someone tells them who is responsible for the delay.

"We are waiting. Saying man, what is going on? Turns out it was Justin Beiber!"

Pick up your copy of Inglorious 2 now! You will not be let down. This band is a force to be reckoned with and not even the mighty bieber can slow them down!