CRY OF THE WOLF INTERVIEW with BILL FISCHER of MEGA COLOSSUS

- May 30, 2017
CRY OF THE WOLF INTERVIEW with BILL FISCHER of MEGA COLOSSUS 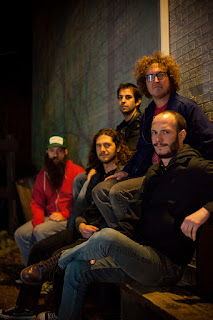 What is new in the world of MEGA COLOSSUS?

We are doing the Jaws Festival in Chapel Hill, North Carolina.This guy just started it because he loves that movie. Gets a bunch of bands and vendors and then at the end they show the movie. Going to the harder than steel festival in Germany in the fall. We know a guy who owns an online record company. He's a fan who wanted to bring a band over seas.


Take us through the writing process

Someone comes in with a solid structure. Sometimes we start with the lyrics. It's a group effort.

How do you approach Recording?

When we record it is track to track. We map it out and then put it all together. Nowadays with digital recording being what it is, you cannot leave mistakes on your record. 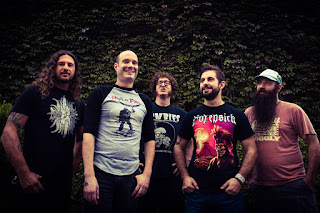 Van Halen is the reason why I bought a guitar, Iron Maiden. I soaked it all up as a kid. Boston, Priest. I was a thrash kid. But Boston, we were just talking the other day how there are so many elements to that band.

I didn't grow up with it. Too old for social media.  You have to use it. It's become integral.Were not great at it. 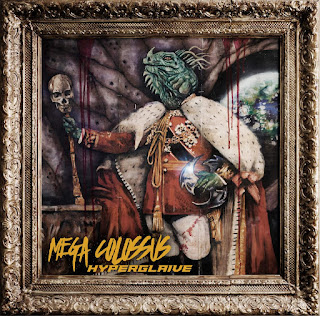 Strangest thing you have experienced on stage?

Hit in the head with half full beers. Shocked a bunch of times. Shocked right on the teeth once.


MEGA COLOSSUS has captured the spirit and energy of the NWOBHM and combined a sense of punk flair and humor that cooks up an incredibly diverse and powerful sound. They have it all and they want to drink it all! Check out their latest release..hyperglaive available now!!!!