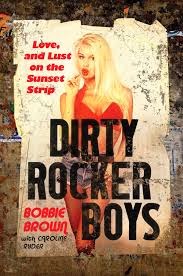 
Bobbie Brown has written a tell all auto biography and it is a damn good read. Sure, it is filled with sex and drugs and rock and roll decadence but beneath the grime and the smeared mascara is a woman who has seen it all and lived to tell about it. Ultimately the book reveals the story of a small town girl lost in the make believe world of LA. But to her credit Bobbie Brown emerges from the wreckage of her life, a mom, a friend, a good natured person who despite numerous setbacks and self immolation, has risen above the dirty streets to shine.


Dirty Rocker boys is a classic tale of what not to do and a roadmap of who's who in rock and roll to date and stay away from. From Tommy Lee to Leonardo Decaprio and Kevin Costner to Jani Lane, Bobbie has been there and done that. After this was the height of the decadent 80's. The drugs, the meth, the addiction, the abusive lifestyle, it's all here.  Her book is a testament to her street smarts and her perseverance. I found it too hard to put down. Some parts, like the black magic spell against Matthew Gunner, seem almost comical and unreal. Other parts, like the day she learned Jani Lane was dead, haunt you in their honesty. The pages are filled with raw emotion.


This book is well written and a finely tuned record of those crazy 80's nights and a Hollywood daze some of which even Bobbie can't recall. Pick this one up. Read it and learn how excess and those hollywood nights can quickly dissolve into a depressive, meth colored haze.  We are drawn to her story of excess and failure, heartbreak, divorce, and even the death of her ex husband Jani Lane. But it is her strength that you will leave the book with. Strength to pick herself up and keep moving forward. You get a certain smile when you read the pages. You begin to see her develop from wide eyed drugged out model to an older, wiser, stronger  woman. "She's my cherry pie" indeed.... 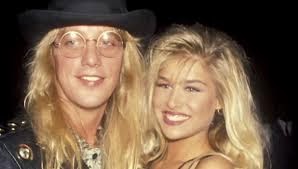