An Interview With Lita Ford 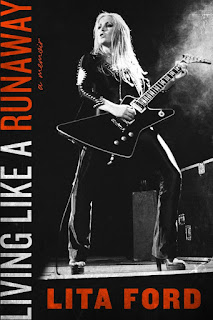 Before Lita Ford became an icon of 80's MTV, the guitarist was a pioneer in the all female rock band, The Runaways.


Alongside Joan Jett, Ford made a name for herself as a hard rocking, hard living musician. “Living Like a Runaway. A Memoir” takes us through her career from struggling to be recognized as a female guitarist, to a video icon and darling of the 80's hair metal scene. Ford talked about her book, her life, and her passion for music


"Looking back. It was a ride. I'm glad it's over.  Some of it was funny, some was painful, and it wasn't easy. I'm glad it's out. I put so much into what I do. I wanted the book to be real. I wanted it to be filled with a lot of things people didn't know about. It's hard to put down once you start reading it." 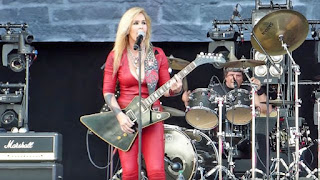 
"It was a shock because I didn't know I was missed so much. That first gig at Rocklahoma there was a buzz. It turned out it was for me. That was our first show back and it was great.  It's wonderful craziness."


Ford's book dives into the depths of a rock and roll lifestyle of sex, drugs, and rock and roll. There are the real life struggles of a young female operating in a then male dominated world. 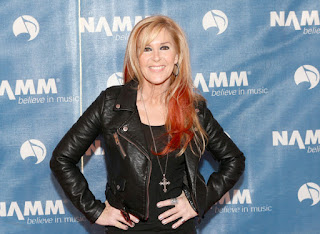 Partying with rock stars who would become friends and lovers. The abuse at the hands of Tony Iommi and later her husband. The drugs, the tours. Dating Ritchie Blackmore.
Her mom hanging with David Bowie backstage. This book is impossible to put down. She has lived a rock and roll lifestyle but amazingly could always return home to her parents house. Ford spoke about being a teenager thrust into the touring world. 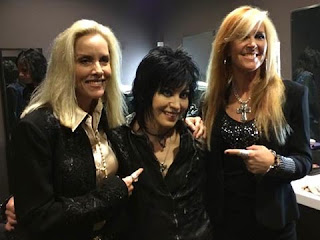 "Actually once I had one tour under my belt it came natural. It seemed like the thing to do.  It's who I am. I am a rocker chick. It's what I will be doing the rest of my life. This is my true love. Music and my kids."


Living Like A Runaway, A Memoir is available now