Interview With Ross The Boss


Interview With Ross The Boss

When you get a chance to speak with a musician who was directly responsible for writing some of metals greatest anthems and flag bearing songs, you get nervous. I rarely find myself like this.  A chance to talk with Ross The Boss formerly of the Dictators and Manowar. I jumped at the opportunity. Ross has been extremely busy with the metal all stars and such. And of course his power metal tour de force, Death Dealer. This band is about to drop a new album, Hallowed Ground on October 2nd. Hands down, destined to be one of the top ten of 2015 and beyond. You may have caught the video for "Break The Silence". Just the band doing what they do and lots of fire. This is heavy metal always played on ten. 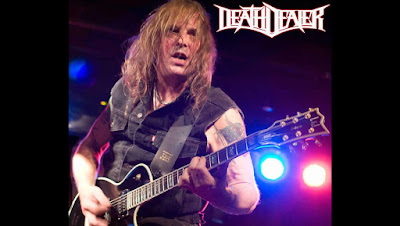 How is it going?


It is going very well I would say.


The new album has just an incredible metal sound. Do you guys jam together in a room or is this all done via file sharing?


Well whenever we are together. Whatever time we have, sound checks, we go over riffs. That being said most of the writing is done through file sharing.


Do you find that way is comfortable or do you lose any emotion recording like that?


I would say we don't lose any emotion. It's just the reality of what we have to do. You know I will come up with a riff and show it to stu (Marshall) and that gets put into the coffee pot. Then it coagulates and I'll ask what he thinks or he asks me. And we pick it apart. It works its way out. It works for us.


Do you ever find that after you play the songs live a melody might come into play that you didn't hear before and the music changes slightly?


I would say the song...the song remains the same (laughs). When you play live there is a lot of adrenaline. Sometimes I play a little different. But we try to stick to the template of the song because we feel that is the best version of the song. But live there are always a lot of liberties taken. 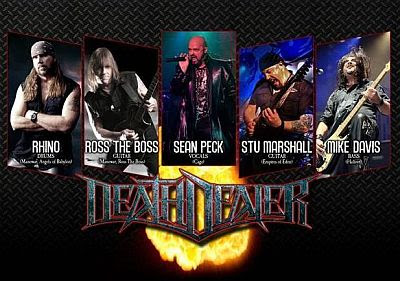 You just concluded a short tour or Europe. Are their plans for more dates?


Yeah about 14 dates. Absolutely this is just the beginning. We just signed on for the motor boat cruise and then we are booking January on the west coast. Then we start again in Europe. Titans of metal is coming up too. Plus the dictators are touring again. I am very very busy.


How long did it take to write this album?


Maybe a couple of months. The one thing about Death Dealer is we have a song rich environment. We all have riffs and lyrics already written. It's great. We already have enough for our third record.


You can feel the passion and the energy on the tracks. A lot of bands seemed almost forced to do it. But Death Dealer seems to possess a certain energy not found in a lot of today's metal acts.


I must say that I come from a punk background with the dictators and very high energy music. Any band I have been in is always a high energy band. But this band, something amazing goes on when we get together. We have this energy level that is really scary. People are noticing. Other bands sometimes seem to be going through the motions but this band has insane energy. There is a street vibe to it. It just comes out. Don't take this band lightly. We plan to do a lot.


Are you a fan of social media?


You can reach a lot of people. You personalize your fans. Which we do and they appreciate it. I like it. But it is funny...the internet wrecked music. But it also allowed for a band like us to exist so I guess we are kind of lucky in a way.  I think heavy metal is better than ever. Let's face facts. Iron Maiden just delivered a new record, Motorhead just put out a new record. We have a new record. Things are really great. Bands are delivering real fine music. Metal is very healthy. Never give up. As long as you don't become something you're not the fans will stay with you. We are not reinventing the wheel but we are true to ourselves and the fans will be true to you. Social media, instagram, face book, twitter all that stuff is good. It's good and it's bad. People are glued to their phones. Like their lives depended on it. Addicted. It's ridiculous. 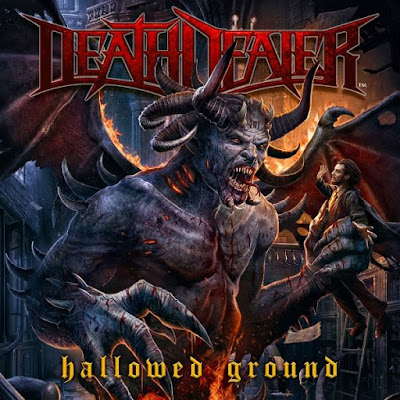 Does it bother you when fans watch the whole show through their cell phones instead of actually "watching" the show?


Well you know everyone wants to be the next Francis ford copula. They want to be directors. It doesn't do the band any good for their career. The quality is never good. A lot of bands want to control this. Manowar confiscates phones.


Do you think they do that because they don't want someone filming the performance or they simply want the audience to physically enjoy the show?


Getting back to the guitar. Are you a digital guy or a tube guy?


On stage live, straight tubes. Recording is a whole other matter now. Digital makes it quicker and it sounds great on the records. I don't use any effects live. I plug my guitar straight into the amp. Guitar, cord, and the amp. And a microphone. That is who I am and how it will be till the end. I learned that from the blues legends like B.B.king. Chuck Berry. They would just walk out onstage with their guitar and cord and plug into whatever was there. They just played. It struck me early in life to do it this way.  Heart, Hands, Head.


What is the craziest thing you have seen either backstage or onstage that you can talk about?


(Laughs) Metal all stars. It was Udos(Accept) birthday and our buddy from Los Angeles came streaking onstage. Kind of reminded me of the 70's. I mean he had balls to do that and we saw them as well. Literally.