Interview With Gary Hughes From the band TEN 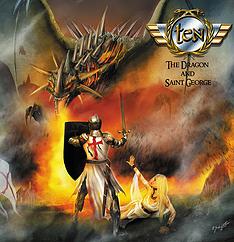 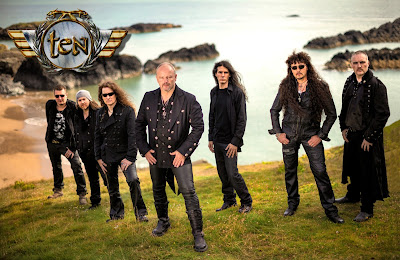 1. Your music contains so many facets of heavy metal and power metal in particular. Which bands were the most influential and why?

The most influential of the genre you mean? I’d definitely say Deep Purple, Rainbow and Iron Maiden. Perhaps it’s the British amity thing going on there, but I’m sure most of the readers would agree if I said that these bands certainly influenced the scene more than any other. When it comes to us though, I’d say that our influences vary, from the late Deep Purple years (Come Taste The Band must be my favourite Deep Purple album), to Whitesnake, Michael Schenker and of course the 80s NWOBHM and Hard Rock scene in general. I’m proud to say that we’ve managed to combine all these different influences (no matter how heavy or soft these may appear to be) and created something of our own, which, as it stands, has managed to stand the test of time quite successfully, despite the difficulties that the ups and downs of the scene have produced. It’s a rare feat indeed to be able to survive for 20 years now, when so many other great bands have fallen by the wayside.

2. Who designs your covers?


If I am to be completely honest, we have been blessed with some great covers since the beginning of the band’s existence really. The covers of the “Spellbound”, “Babylon” and “Stormwarning” albums were illustrated by none other than Luis Royo for example. “Return To Evermore” on the other hand, was designed by Chris Achilleos, who also designed the cover of the rock opera project of mine entitled “Once And Future King”. Felipe Machado Franco, responsible for the cover of our “Heresy And Creed” album and lately, we’ve decided to collaborate with Gaetano Di Falco, who illustrated the covers of our latest releases, namely “Albion”, “Isla De Muerta” and that of our latest EP “The Dragon And Saint George”.

3. Any plans for a tour to support the new album and any chance of coming to the states?


We’ve deliberately decided to push back our tour plans, due to the fact that I’m currently working on two very interesting projects, which will surely take me the rest of the year and the first months of 2016.


Having said that, we hope we made up to our fans with two studio albums six months apart from each other and our first EP release since 1999’s “Fear The Force”.

4. What is the craziest thing you have ever seen or experienced at a gig.

Oh quite a few things, with the most crazy of them happening during our tours in Japan back in the late 90s. I remember one instance during our “The Robe” tour in ’97, where my jet lag was so severe that while entering the stage I hit my head on top of a concrete beam. I ended up having to perform the first couple of songs suffering a severe concussion. I guess my adrenaline levels have gone so critical, that despite a few seconds of me passing out I just stood back up and completed the gig. Haha good times! 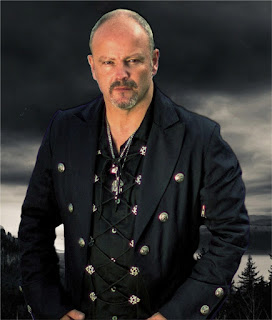 The music industry seems to be in a resurgence the last couple of years, with some great albums having been released, but I can’t say the same about the dwindling record sales. Having said that, I’m not the kind of person who goes on whimpering about such things and how everything’s so hopeless etc. This is the situation and you either learn to live with it or just quit. I’m happy that when it comes to TEN we have an extended family, our fans, who keep supporting us through thick and thin, for a good 20 years now. I’m also very happy to see new fans joining in after the release of our last couple of albums, which goes to show that apparently we are doing something right. This is a blessing and one more of a reason for us to keep it up! Money or not, we’re here to deliver and as long as there are people wanting to hear from us, we’ll keep pushing forward.

6. Let's say you have a chance to add a song on a capsule to Mars...which song would it be and why?

I’d guess you mean one of our songs? I’d say “The Name Of The Rose”, since this track seems to be one a fan favourite and the track with which we always close our shows! It’s the ultimate representation of our music, so I hope that the martians will enjoy our music! We hold no prejudice towards extraterrestrials to be honest, so they can definitely join the TEN army if they like the music! :D 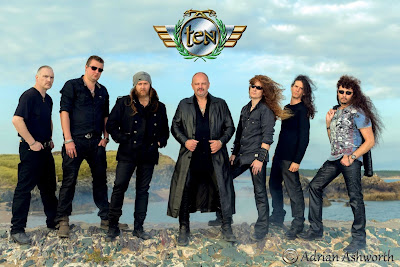 7. Anything you want to say to your fans and to new fans here in the states?

Of course! I would like to wholeheartedly thank you for the interview Bryan and of course all our fans, old and new, for your never ending support! It really means a lot! We’re hoping to be able to visit the States at some point, since we never had the opportunity before! It’s been a long time coming!