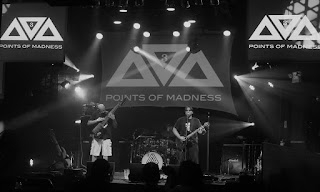 One of the best up and coming metal bands to come out of Rhode Island in a long time. These guys are a force to be reckoned with. They have a sound that is uniquely their own and they are a killer band live. One of the few local metal acts that still hold true to the flag of heavy metal.  Looking forward to great things from this band.Check out the band when they open for "Fatal Portrait(king diamond tribute) this Friday 12/21/18@ the bar in New Bedford Ma.

First and fore most who came up with the name:

Ron: That would be our singer George.

How would you describe your music?

Ron:  Our music is a mix of classic Metal from the 80’s such as Iron Maiden & early Metallica combined with some progressive rock such as Rush, Tool & Dream Theater all fused with some modern flare forming an original sound that is truly our own.

Take us through the writing process. Does everyone contribute?

Ron: Ideas either come in the form of riffs or full songs from either myself or George. We then work on them as a full band and lay out the arrangements.  Lyrics are either worked on separately after the music/melodies have been composed or while the initial song was written. 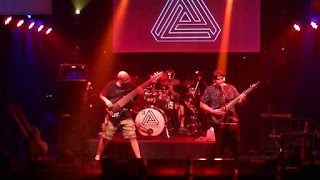 Something in your personal music collections that fans might not expect?

What has been the most challenging aspect of being a musician?

Ron: The biggest challenge as a musician/artist in general is being able to go with the ebbs and flows, the good and the bad, and being able to take the punches and still be able to get up, fight and continue to persevere. Not many musicians can do that.  It takes hard work, a never say die attitude and never settling for less than the best and never taking no for an answer. 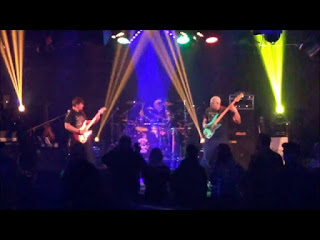 George: For me it is working full time construction and having the energy to give and do what the music deserves. I try to practice daily but sometimes my energy is spent and it kills creativity. On the other hand, when I do work on music, I bring that same work ethic as do Sean and Ron. It’s a lot of work recording-practicing-playing shows and promoting. It is worth it 1000 x over if I can make a living doing what I love one day. No matter what though there is nothing like sharing a part of you in front of people and creating that experience I fell in love with when I see my favorite band play. It’s on a level of a Religious experience for me.

Is the New England original music scene positive for your music?

George:  Absolutely! We are so lucky to have so many places to play. New England has a lot of clubs just a few hours away from one and other. Also, there are so many great musicians to network with and that's what it’s all about, to get gigs together and help one another out.

By mixing in our songs with some crowd please rs/covers that people are familiar with has allowed us the advantage to bring our music in front of more people and to pick up new fans. This has open dozens of new doors for us. 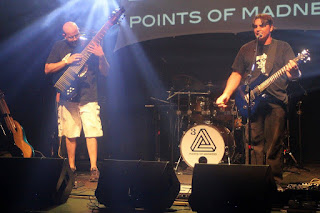 What makes a perfect song for you? What are the elements for your ears?

Ron: A great memorable melody, infectious grooves and high energy riffs, being able to write a piece of music that keeps us interested and challenged as musicians but doesn’t go too far to end up going over the heads of the average listener as well as having subject matter they can identify and relate to.

Favorite local club to perform in?

Any venue that is willing to have and allow us the opportunity to get in front of a live audience.

Name one band that you would love to tour with?

George: If we were offered a national tour it could be a band that made music by farting underwater and we would Love em…LOL, but seriously, I would love to open for Metallica. I know its cliché but they were my first concert and are my heroes. It was the And Justice tour. I don't care what they did after that or how much of a dick Lars is. LOL

On a local level, FirstBourne out of Boston would be awesome!

Sean: The Winery Dogs.  I’ve always been a huge fan of Mike Portnoy, and since The Winery Dogs are also a 3 piece act I think that’s a bill that would make sense.

Ron: For me on a national level, Iron Maiden, as Steve Harris is my main inspiration for becoming a bass player, locally, Death Rattle. 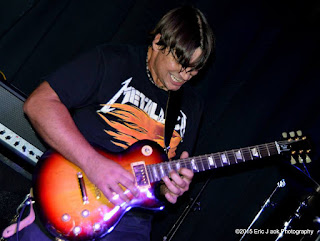 Strangest thing that ever happened at a gig

Ron/George: We had played a show at a club after they just had a Fetish Night, (whips, chains, and most likely sex), and the venue reeked of semen.  It was so bad that Sean had to take his drum cases outside the next day to air them out as the stench had fully permeated them.

Is social media a positive or negative impact on your music?

Ron: It’s a double edged sword.  Overall, Social Media gives any musician free exposure to the world, versus the days when bands had to do tape trading and such to get their music out there, so the net and the web has certainly made it easier to spread one’s music and name.  On the down side, some listeners rather just stream a song or full album instead of downloading and buying it or watch live videos on you tube instead of coming out and seeing a band. 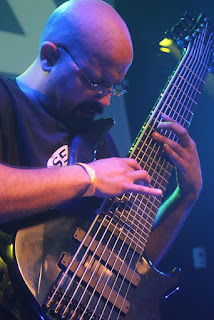 Any subject matter you will not write about?

Ron: We’re not a band that has a particular stance or belief on certain matters.  We write from what we see, observe or experience.  Inspiration for lyrics can come from anywhere, an event, a story, a movie, or just personal experiences.  There are some fantasy related things that we write about, but we try to stay away from the cheesy and cliché. 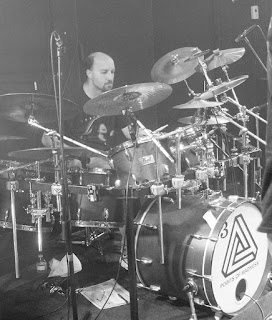 Anything you would like to say to your fans?

We would like to thank them all as if it wasn’t for them we wouldn’t be able to do what we do. They make it all worth the while.  They can continue to expect to get the best from us and for us to keep them moving.
www.threepointsofmadnessmusic.com/