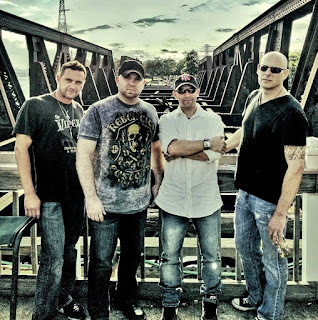 Providence, Rhode Island based rock band, PSYCLE  is one of the areas best original groups. Their sound, a mixture of hard rock and country tinged rock is a breath of fresh local air. With two EPs under their belts, this seasoned band is ready to take their music to the next level. Check out PSYCLE on facebook and their web site. They will not be local for long!!!
First and fore most who came up with the name: PSYCLE?  Psycle came about right before our first show back in 2000. We were asked by a promoter what our band name was and we hadn’t even discussed it. The idea of things coming full circle and getting what you give is something that has always fascinated me. Karma is on my mind often and I have always believed that if you put good things into the universe it will find its way back to you. Unfortunately, the universe doesn’t believe in time management hahahahha
You have an almost country rock flavor to your sound. How would you describe your music?  We have been referred to as “Modern Classic Rock” which to us is a huge compliment. All 4 of us have a very well rounded list of influences and it definitely shows in the music. We never try to push an agenda or a certain style with the music that we write together and we allow the song to dictate what it needs to be. 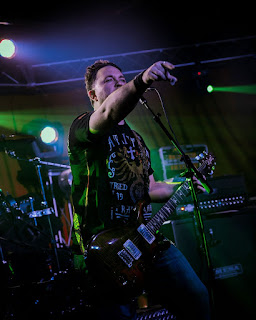 Tell us about your endorsements. We are endorsed by WB Gear, Rane Clothing Company, Rock Relentless Clothing, Pick Guy, Man Mane, Scorpion Percussion, Looks that Kill Rock Shop and Xvive Audio
Take us through the writing process. Does everyone contribute?  We all contribute together. There is never a set way we write and I believe that we do our best work when the 4 of us are together in a room just talking and trying different things. There is no ego, nothing forced. Our drummer Jay can write a guitar part or our guitarist Joe can suggest something vocally. Everything that is written for our music is done 100% by all 4 of us together. That doesn’t mean that someone doesn’t bring down ideas but we allow the creative process to be open for whatever will make the song better. We have taken a 10 second piece of something someone brought down, ripped it apart and wrote a whole song just being inspired by that piece.
Something in your personal music collections that fans might not expect?  For me, probably A Tribe Called Quest or maybe even Hall and Oates. I think that all 4 of us have been able to appreciate songs or music in general that might not be in our taste but we can appreciate the talent of it. We were having a discussion about Jaco Pastorius the other night and his genius. 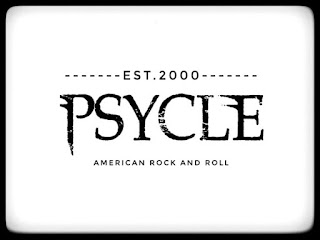 What has been the most challenging aspect of being a musician: I would say that the hardest aspect is the unknown. That could be a show, on stage playing, pretty much every aspect can either hold you under the water or pull you up at a moment’s notice. It’s really the blessing and the curse of what we do. You have to have very thick skin and you have to believe in what you are doing at all times
Is the New England  original music scene positive for your music?  The scene in New England as people is very positive however we have lost a lot of great venues over the years which has hurt a lot of us. I will say that the metal scene in New England is incredible. There aren’t many true rock bands in our area that we have played with and I think that is a good thing because it means people are following their own path.
What makes a perfect song for you? What are the elements for your ears?  THE MELODY! I had to put that in all caps. The melody to me will dictate the beauty of a song or will be the crushing blow. It has to have a flow, it has to fit the music. Songs to me need to be cohesive and if this makes any sense, you can’t write fast lyrics for a slow song or vice versa. To me it will always come down to melody.
Favorite local club to perform in?  I would have to say The Cove Music Hall in Worcester. Ted is a great owner and they have great sound and lighting 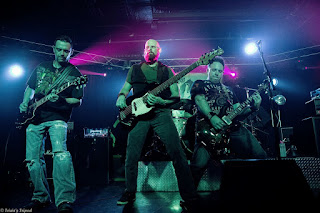 Name one band that you would love to tour with? Alter Bridge……and 1a would be Sevendust
Strangest thing that ever happened at a gig: So many stories but if I had to pick one we were playing a show at an Irish Pub and the place was so packed during the summer time that the a/c unit which was located above the stage stopped working and it started to rain on us during the set from the ceiling. I have a million other stories hahahah
You have 2 EP/CD’s, Do you find the need for full length albums to be created anymore?  No doubt about it. We are actually in process of discussing this for our next album. It’s never a lack of music but giving the audience what they can handle. A lot of people don’t pay attention to a full album anymore but I always feel that if you can give them an album filled with great songs instead of 2 great songs and the rest filler, they won’t take it out of their player
Is social media a positive or negative impact on your music? Social media is a huge focus these days and I spend way more time than I probably would like to. It is a necessary evil to build the music family and I have met some great people thru it. I think that you have to market yourself the right way but you have to be smart and have responsibility in what you write. It will always be found and will always be used against you. It’s probably better if it’s being used to hold you up
Any subject matter you will not write about? I am lucky enough to do all of the lyric writing for the band and I am grateful for that. The guys have a lot of faith in my writing and it’s my greatest passion. I don’t believe anything is off limits but how you write it and convey it is extremely important. You have people feelings in the palm of your hands and you have to always consider the power of song. I never try to write in a literal sense and always give freedom for the listener to have their own interpretation.
Anything you would like to say to your fans? We can’t thank everyone enough for their support over the years and the best is yet to come
Psycle's music gets 10/10 Wolf Howls

CRY OF THE WOLF MAGAZINE