- July 27, 2017
CRY OF THE WOLF MAGAZINE Interview With FRANKIE BANALI Of QUIET RIOT

QUIET RIOT was not the first band that got me into heavy metal. I was already well entrenched in the power and the glory of bands like Sabbath, Saxon, and Dio. But for an impressionable youth the constant nagging from the "cool" kids at school about how lame metal was became very bothersome. Cliched white sneaker wearing future lawyers were constantly picking on me and my metal head friends. QUIET RIOT one day came on the radio and changed all that. Like an asteroid hitting the dinosaurs they wiped away all the so called un coolness about metal and made it mainstream. Suddenly all the jocks were "banging" their heads to songs like "Metal Health", And "slick Black Cadillac". So years later after the heavy smoke has cleared I got the chance to speak with one of the key architects of QUIET RIOT, Mr. Frankie Banali. They are about to release ROAD RAGE on Frontiers Records and it sounds killer!! 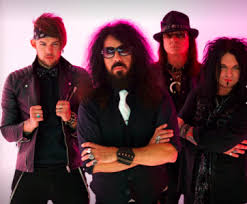 Greetings! What time is it where you are?

Sounds a little too early for rock stars.

I'm up between 6 and 7 am anyway. I've managed the band since 1993 so those are business hours for me.


How did American Idol Star, James Durbin, come to be in the band?

I signed with frontiers last year. At the time we were in between singers. my first choice was actually James but he had just signed contract to do some work in Vegas. So it became impossible to use him at the time. Eventually when we came down to this year he was available and he jumped on board. 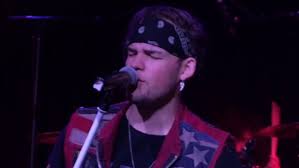 The sound is more of a hard rock sound on this new album.

One thing we always did was record new material and write new material so you don't become stagnant. So while I think some tracks can relate to earlier QUIET RIOT material, by and large the material was written just to write songs without any particular direction.


Where you a fan of James on American idol?

I wasn't a fan of the show at all but when he was on for season ten, someone told me there was a rock guy singing on the show so I watched it. Saw him perform with JUDAS PRIEST and ZAKK WYLDE. I thought this guy has a lot of talent and We will see what happens. He came to my attention because my guitarist already knew James. So it came out of that.


First rehearsal, how did it go?

He is really focused. I believe rehearsals are not for learning. He was really prepared. He paid attention. We did the entire live show, took a break, did it again and went out to dinner.


What is the difference for you between the vocal styles of Kevin and James?

You know Kevin was one of a kind. No one like him. He was the most unique singer Ive ever known. My best friend for nearly three decades. Now the interesting thing about James is that in spirit he reminds me a lot of Kevin. Both are balls of energy. Kevin and James share a great range of vocals. Very easy to be around. 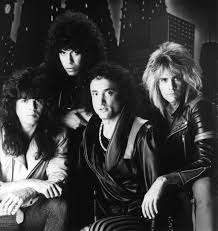 Strangest thing that ever happened to you at a gig?

when we did the first gig for the condition critical tour. We had a three tiered set. It was supposed to begin with Rudy, Carlos, and Kevin popping up at the top level. I don't know who had this idea to power this mini elevator with black and decker drills. So what happened was, intro song ends, I start playing and no one else is on stage. I turn around and all I can see is three separate heads because that is how far up the elevator lifts they got. That was spinal tap before spinal tap.


How does social media affect you

It is a double edge sword. You can reach a far greater audience in real time than you could in the past. In the old days you had to do television and magazine. By the time the article came out it was already three months old. Now if you want to get info out it's immediate and can go out to the entire world.
The down side for it is that it is so much more difficult to accomplish anything. A new band can get reach more people but they get their music downloaded illegally at the same time. It's impossible for younger bands to get fair value for the work they put in. The Internet is a double edged sword. 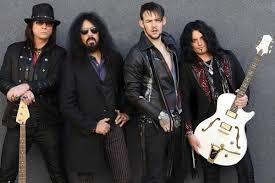 What got you started with music

Well for my generation it was the Beatles on Ed Sullivan. The stones and all of that. the next change was Hendrix and Zeppelin. Once i heard that I never looked back.

I can hear hints of Zeppelin on the ROAD RAGE album.

Yeah. "Still wild" definitely has that. If you like zeppelin then you will like that song. What I like about the songs on ROAD RAGE is that they are all over the place.

I spend most of my time doing this. But as much as I like hanging out with friends I equally like going to a museum. I'm that person. I'm the guy if I have a few hours before a sound check I will visit every museum in every city I am in. 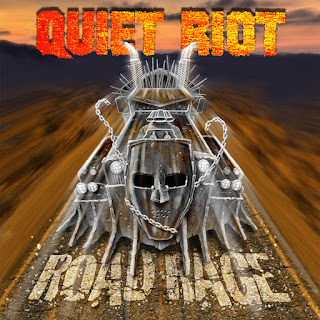 Do you find the audience has changed?

We have been lucky. We have younger fans and teenagers as well as the older group. They are out there singing songs that were recorded well before any of them were ever born.

And some might have been born because of those songs


Check out Mr. Banali and company when ROAD RAGE hits the shelves from frontiers records on: August 4th. You will be rocking to this disc for a long time. Pure American rock and roll at it's pinnacle of power and precision. Durbin fits in so well with the band. Check out the song, "Wasted".
Amazon, I tunes, Googleplay
https://quietriot.band/