CRY OF THE WOLF INTERVIEW WITH STEVE HANDEL FROM SEVENTH CALLING

- June 15, 2017
CRY OF THE WOLF INTERVIEW WITH STEVE HANDEL FROM SEVENTH CALLING 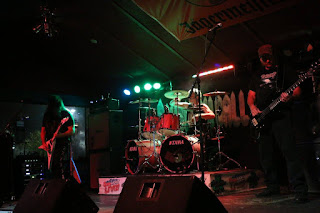 Busy. A lot of clubs. Every style.


What is new with SEVENTH CALLING

We are working on new material. Currently shows are on hold while our bass player recovers (more on that later) Promoting Battle call. We played those songs for two years before we recorded the battle call album


How would you describe your music to someone who hasn't yet heard it?

cross between traditional metal and thrash. like Priest, Metal Church.With hints of other bands. I would like to say we play a unique style of heavy metal. 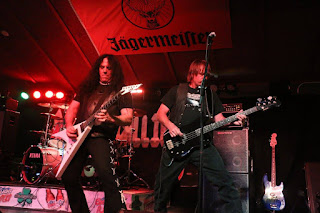 Who writes the songs within the band?


Everyone does their own thing. If it is a solid idea then we go with it. I probably come in with the riffs and the key changes. I record every practice

yes. we were a four piece, but that didn't work out. with a 3 piece it's just easier to get along. the bass player has to step out more but we sound tighter. Plus the fact that all 3 of us sing helps.

How active is SEVENTH CALLING on social media?

We have been handle the pr end of it.face book we do. we have a press kit we will update and we are on reverbnation. cd baby, amazon. We use big cartel for merchandise under SEVENTH CALLING OFFICIAL 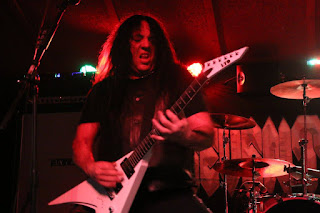 Where do you see the future of metal going?

Depends on who it is. Not sure if it will ever come back to a place like it used to be. Always fans. Probably continue like it is. Europe will always be a bigger scene.


One band you would love to play with?

Metallica. I have always liked them. They are the band that got me into thrash.


Something in your cd collection we might not expect?

Strangest thing that has ever happened at a gig?
Last show we had an altercation after wards. Our bass player got beat up with a baseball bat and ended up in the hospital. We still don't know what really happened or why.


Anything you want to say to the fans?

Thanks for reading this. Come by face book at SEVENTH CALLING OFFICIAL..reverbnation...come on by and keep the metal alive!!!!!