Interview with Biff Byford of Saxon 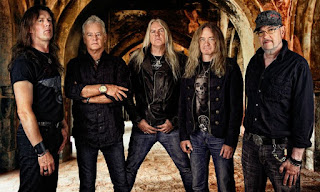 A preface. This was originally published for the Ripple Effect Magazine during the bands "Sacrifice" tour. With the new album, "Battering Ram" doing so well I thought I would re-publish this. Enjoy.


Once in a while in this music business you get to speak to a person that you admired from day one. It's a one in a million shot that you just have to breathe deep and go for.  The chance to speak with the singer from one of my favorite bands is just that. I still have my vinyl Saxon albums and I remember hanging their posters on my wall. They were "my band". The band that I discovered and brought to my metal friends. They had the coolest album covers and the best song titles. "Denim And Leather", "Crusader", "Midas Touch", "Wheels Of Steel"...the list goes on.  Anyone who knows me well, knows I count them as one of my primary musical influences. I spoke briefly with Biff Byford lead vocalist, as they wound their way through America to support their album, Sacrifice. This is their 20th studio release. One of their best recordings to date. The songs and the overall feel of the album really come to life. Stand out songs include title track, "Sacrifice", "Made In Belfast", Walking The Steel", and
"Night Of The Wolf". This is a seasoned band that knows its audience and they deliver every time.


How has the American leg of the tour gone?


How many songs are you playing from the new record?


About 4 or 5. It's going really well actually. New songs are doing well.


Is it hard to arrange your set list with your catalog of songs?


Yeah it is. Tough to satisfy everyone. A lot of people know the older albums. It's a pretty long set list as it is.


Any chance of hearing "Midas Touch"?


(laughs) Midas Touch.  Well we do play Midas Touch, but it's not in this set. The thing about is that we don't play the states that much, so we try to do... try to play the bigger songs. But we are doing older tracks like "To Hell And Back Again". 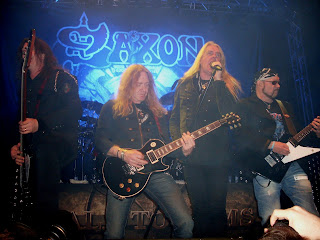 Sacrifice is your 20th studio album and hands down one of your best...


You have the term "Working Class" band surrounding a lot of your press. Do you agree with that phrase?


Yeah, We have always been a bit of the people's band. Sure. I like that.  we are a hard working band. so yeah I like that. We have an underground thing going for us in America at the moment, which is a good thing so I like that term. It's cool. Certainly on a smaller scale than Europe. Yeah, it's cool though.. 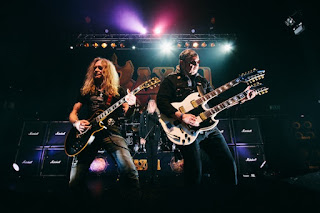 How do you keep coming up with these insane guitar riffs and songs after all these years?


Well, we just concentrate really. Try to get a good riff, a working title. I mean we are always constantly working. Trying to make better songs really. We all have the ideas. We usually start with the title. I read a lot about this stuff that I write about.  So we are always looking for great riffs really. If they are not so great then we don't use them until something better comes up.


Does it take long to write and record an album?


Well writing. We are our own worse critics shall we say. So yeah it does take a while. It does.


Do you play other instruments as well?


Yeah, I play some guitar. I don't play as much on stage these days but yeah you know I play bass, keyboards. I like to mix it up you know. 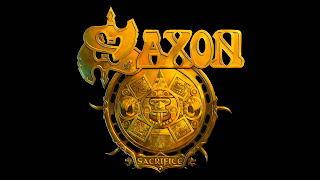 "Made in Belfast" is one of my favorite tracks off this album. It features a mandolin opening riff. Mandolin is such a non metal instrument but here it really works.


(Laughs), Yeah it does. It's a good one. I brought that one in. The song is about Belfast, kind of a Celtic feel. So I went out and bought a mandolin for the song. It sounded great with the song. Mandolin meets heavy metal

Who are your favorite vocalists including artists outside of metal?

Favorite vocalists? I like all vocalists actually. Maybe Pavarotti, lady gaga, as well as Maiden, dio. All kinds really.

Who are some of your personal influences?

Because I started out as a bass player, bands like Mountain, Grand Funk Railroad, early Sabbath, Ian Gillan, Ozzy. We liked a lot of the American bands in the early days. Black Oak Arkansas..

A lot of British bands were influenced by American bands and vice versa..

Absolutely. Right. That's exactly right. When you're younger and you discover an international act or record you get excited. In our local pub we had a jukebox, the owner was a rock and roll fan. So he would put bands on there that we never heard of.

Recently Metal bands have been producing their own wines and beers. Anything like that for Saxon?

Been asked to do wine, so we will probably do that. Always looking for a new project to do. We'll have to see how that goes really. 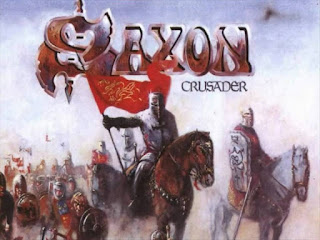 A lifetime dedicated to SAXON, and metal in general. Looking back... Any regrets?

Well no...Things have happened to the band. Our manager dying. We have had some low points in our career, but you know we managed to get through them. Fans keep us going.

You have seen a lot of changes in the industry.

How do you feel about downloading and social media?


I don't mind the downloading thing. For all its faults, I think that it is great for the fans. Not so much for the corporate business, but for the fans. We are really quite comfortable with social media. Podcasts.  We use it a lot actually. You get to reach a whole new fan base in places where they might not get the cds, but have access to the internet.

Your thoughts on Vinyl?

Yeah, we are big fans of vinyl. This album should see about 13,000 copies released in vinyl.  You know I have a 15 year old son who wants me to buy him a turntable. He picked up the first Led Zeppelin album on vinyl and wants to hear it. Kids want to know what it was that their fathers sort of liked about it...

Right there is something missing in the digital age. Tube amplifiers versus digital that kind of thing.....

Something in the wiring, it's not moving. or warm.


What is next for SAXON?

Finishing up the U.S tour in about a month and then back to Europe. A Swedish loch cruise. Got the Saxon unplugged album coming out as well.(Saxon will release an album of unplugged and orchestrated versions of their classic songs.) We will see you on the road somewhere.

2016 sees Saxon moving strong across the metal world. Their latest album," Battering Ram" is doing very well. Fans across the globe eagerly awaiting the "eagle" to land again near their homes.