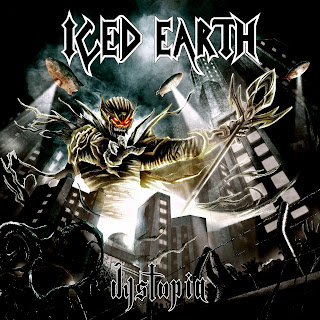 
This is the album that should set the bar higher than before. Plagues Of Babylon is a tour de force of powerful metal riffs and insanely gifted lyrics. This is the reason why so many metal fans around the world love this band. Consistent, powerful, and passionate.


Not every day the vocalist from one of metals biggest bands calls you. Stu Block, vocalist, was sincere and laid back and he was very excited to talk about Iced Earths latest offering, Plagues Of Babylon.


Cool man. Glad you liked it. Always excited to bring metal to the masses.

How do you prepare mentally and vocally for the studio and tour?


Just try to keep a clear head. Get a lot of sleep and stay hydrated.  Make sure I'm rehearsed and all that stuff. 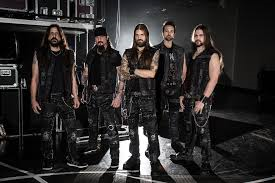 Are you the main lyricist or is it a shared job.


John  is the riff machine. So he has the riffs and he builds on them. I help with the lyrics, melody, and the cadences. I present ideas to him and he helps tweak them.

Where did you record the Album?


Recorded in Germany at Principle Studios.

The album seems to be split in half with one section concerned with a zombie apocalypse and the other a series of unconnected songs.


We realized we could tell the story of the zombie apocalypse in 6 songs. So we figured we had to add another 6 stand alone songs.

Track 8 is a reference to the H.P. Lovecraft character, Cthulhu. Are you a fan of Lovecraft?


I think the song is awesome. I am a big Lovecraft fan as well.


When you get a hold of the lyrics I would be interested in your opinion especially as a fan of Lovecraft.

The song has that New England Metal feel

Anything in your musical closet that Iced Earth fans might not expect?


Mumford and sons. I like the Celtic upbeat vibe. Amazing lyrics.

How involved are you with social media?

Is there a vinyl version of the new album?

John is very vocal about his politics. Where do you stand?


John doesn't tell people they have to think a certain way, that's not how he rolls, man. He's very well read. It opened my eyes.

craziest story from the road?


So far, shoot man a lot. To date...on the Iced earth website there is a video of us dressed like pirate hookers.(laughs)


100 years from now what will people say about Plagues Of Babylon?


If they say anything about the album at all then we did something right brother(laughs). I think they will say it is a great piece of musical history and in the bands history.