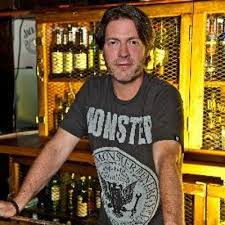 Interview with Don Jamieson of That Metal Show


I had the chance to speak with Mr. Jamieson during a cold, wintery day from my friend's car. It smelled like dust and cigarettes. My car was in the shop. I was about to hear my phone ring and speak with one of metals most outspoken fans. That Metal Show, has become a staple television show in every metal heads home from here to, only the Gods know where. But it was cold....too cold. The phone rang...

Did you ever think That Metal Show would be on Television for this long?


No I thought we would shoot the pilot, I would get to meet Lita Ford, and that would be the end of my television career. But I'm very grateful.


How many takes does it take?


Just one. It's just a hang. We just do it. We are fans and that's how we treat it. What you see is what you get.


Does vh1 choose your wardrobe?


(Laughs), Nah. It's all straight from our closet. Believe it or not. That kind of high end fashion picked strictly by the three hosts.


Have you ever met a musician you idolized only to realize they were jerks?


Actually it's usually the opposite. So many of them I idolized as a kid. People like Alice Cooper. Just a true gentleman. Like many musicians, just salt of the earth people. To me it's all about making good TV. When Marylyn Manson came on our show. He chose to come on in a highly inebriated state. That's his choice. Makes my job a little harder, kind of like babysitting a fifth grader. None the less it is entertaining.


Do you find it difficult to make fans of all genres of metal happy?


Yes. You're damned if you do and damned if you don't. Jim, Eddie, and I, you know we are middle aged guys. So the stuff we like is in the classic sound. Sabbath, AC/DC, Judas Priest, Iron Maiden. That does not mean we don't like other genres. I like death metal, black metal. But this is vh1 classic so you kind of know what you're getting.


What are you currently listening to?


Well the pick of the week is a band called VISOGOTH from Utah. I'm really digging it. A great band called KYNG, a hard rock trio. The Pretty Reckless.


Are you a fan of female fronted bands?


Yeah. The European metal scene has a lot. Power metal. It's crazy. Here in the states it is still straight up male fronted rock. You don't see it as much. A band like The Pretty Reckless. It's really a great album. She does have an interesting story which is worth introducing our audience to. 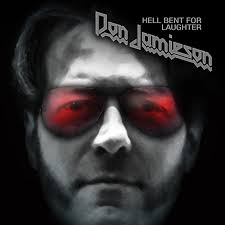 Is metal an easy subject as a comedian or do people take it too seriously?


Heavy metal lends itself to comedy. There is no doubt. Watch any video from the 80's and you can write a whole hours worth of material. I have a portion of my act dedicated to metal


Definitely Metallica. They keep re-inventing themselves.


Loved Ronnie but gotta go Ozzy. Because ozzy was a part of Black Sabbath and Sabbath created metal.


I had a Lita Ford poster on my wall. So I gotta go Lita. Lots of missing socks in my house growing up.


How long will ,That Metal Show ,last?


As long as the network wants it. That's the key. The three of us are best friends. When the shows cancelled the three of us will still be doing the show somewhere. Just for free (laughs) It's who we are.


Where do you see yourself 10 years down the road?


The Show hasn't changed you?


No. I'm a jeans and t-shirt guy my whole life. I haven't changed. We are who we are. When the cameras go off we don't change. We are metal heads through and through.