Elvira: Unfortunatelly, we don’t have strong musical industry for exreme metal, all depends on some enthusiasts or we have only some activities for so-called „Russian rock“ style and hard rock with Russian lyrics, for example Aria.
Elvira: Sometimes we prepare special shows with interesting visual part, but it usually happens when we have a long performance.

Elvira: Every composition was created as a part of whole conceptual album, and some tracks have more complicated structure than usual metal songs. It’s some kind of symphonic metal aria or suite. The recording process was more difficult than usually, because we recorded a string quartet for the first time! And of course, we recorded a live choir ensemble and live grand piano just like for our previous LP “Codex Archaos”. All these live arrangements made our latest album more symphonic and atmospheric than ever.

Elvira: It’s more difficult with time, when you create albums better and better. And there are also fans who expect from you songs in definite style. Maybe you just need some time to take breath and to find new ideas without any looking back : ) 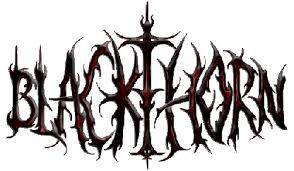 Elvira: I truly agree with you : ) It’s always a problem to find more free time for promotion except only playing music. But we try to create something new and to be active.

Elvira: Backstreet Boys – Show me the meaning…To be honest, I really respect some good and high-quality pop-music : )

Elvira: It’s ok about religion, if it doesn’t interfere in musical industry. When concerts are canceled because of religion fanatics, it disappoints me a lot.

Elvira: Just looking for new ideas and creating new songs! Also we are going to re-record some old songs and to record some new covers which we play at concerts. And we would like to shoot new videos, of course.

Elvira: See you on metal festivals and thank you for attention!

As you can tell the members of BLACKTHORN are committed to metal! They have a natural gift for creating extreme heavy metal. Hailing From Russia but poised to enchant the world with their fiery passion for music. check them out!
https://www.facebook.com/BlackthornMetal/